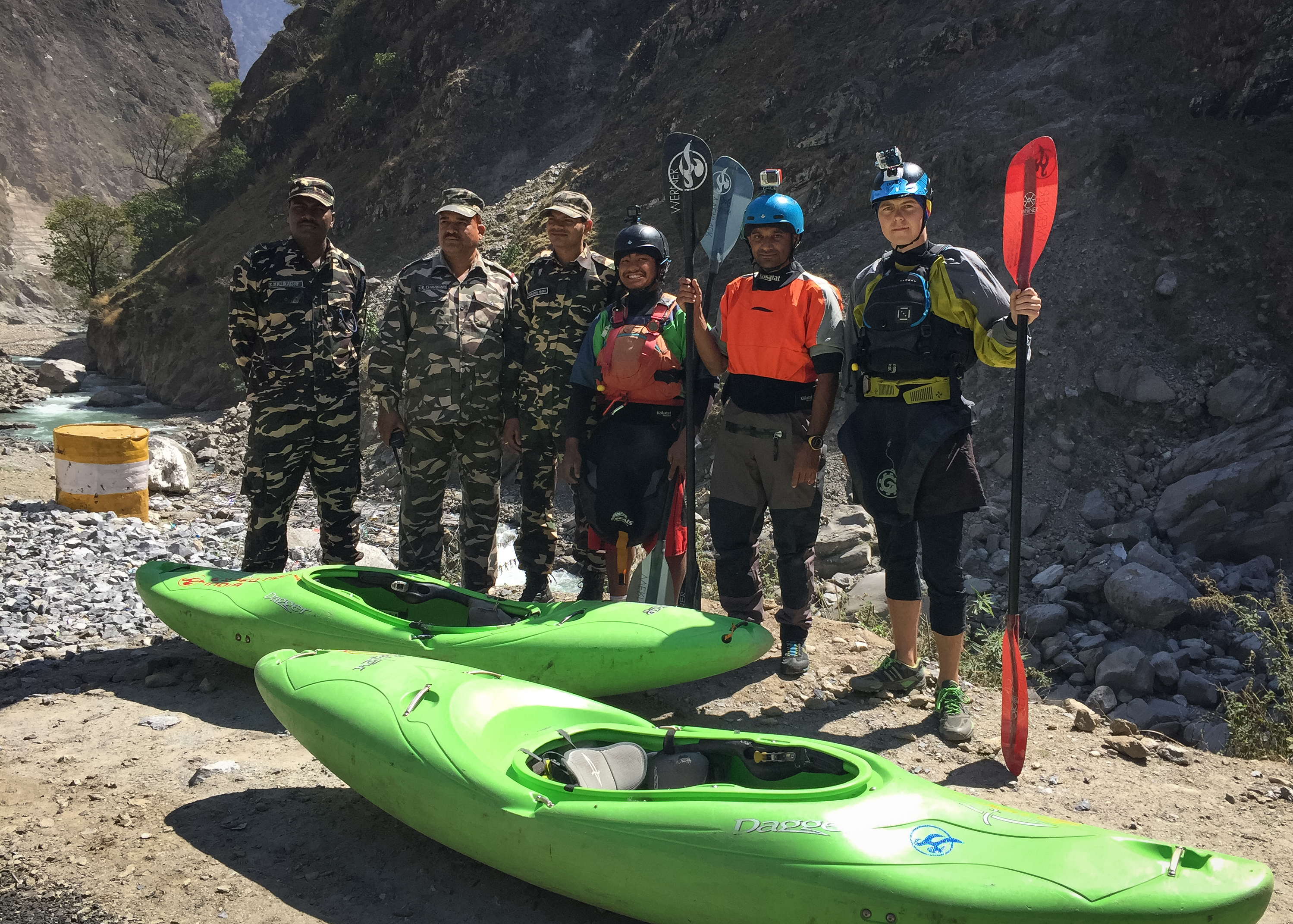 For a few years now, I’ve dreamed of combining my interest in paddling whitewater with my passion for advocating on behalf of free-flowing rivers. An opportunity to do just that presented itself in the form of the Kali River, in Eastern Uttarakhand. The stretch of river I was interested in is currently one of the longest free-flowing tributaries of the Ganga (Ganges), and forms the border between Nepal and India. The Pancheshwar dam, proposed in the late 1990s, has long threatened to drown this stretch of river, but squabbles between the two bordering countries has ensured that little progress has been made on the dam. Thus, the Kali has been allowed to flow freely, save for a few small dams on its high-altitude tributaries, and exists as the longest, most remote rafting trip in the state, prime habitat for the endangered Golden Mahseer, and the heart of a healthy, intact ecosystem that supports diverse wildlife and numerous fishing and farming villages along its course. In the past year or so, however, reports from the region have indicated that construction is finally ramping up on the massive dam. In a visit to Kathmandu, Prime Minister Narendra Modi set the table for the long-awaited project, while road construction and tunnel drilling have reportedly begun near the proposed dam site. Upon completion, the Pancheshwar Dam will be one of the tallest in the world. It is expected to produce 6000 MW of electricity and will submerge a tract of pristine riverine habitat nearly 100km long.

My work in Uttarakhand began with a full day of train rides from Jaipur to the base of the Garhwal Himalaya, including a near miss in Delhi. Recognizing that I had arrived at the New Delhi station, when in fact my train would be departing within the hour from the Old Delhi station, I paid an autowalla double to whisk me through the busy streets at breakneck speed. When I finally arrived at the correct platform, sweaty and out of breath from my sprint through the station, two bulging camera bags in tow, I found the train delayed by thirty minutes.

In Kathgodam, a small town at the end of the rail line, which sits at the confluence of India’s sweltering plains and the Himalayan foothills, I grabbed a few hours of sleep in a mosquito-infested, government-run tourist rest house. Early the next morning, I met up with Anvesh Singh-Thapa and Pramod Magar. Anvesh owns and operates Expeditions India along with his wife, Ing-Marie. Both he and Pramod are among India’s premiere whitewater kayakers.

(As an aside, Expeditions India is the way to go for river adventures in the Himalaya. The rafting scene has blown up in Rishikesh over the last decade, with literally hundreds of companies offering rafting trips setting up shop. Many serve up trips with over-crowded boats and inexperienced guides, resulting in a unpleasant and potentially dangerous on-river experience. Expeditions India, on the other hand, does things right. They steer clear of the overly popular half-day trips in favor of full-day and multi-day trips which are much more intimate and environmentally friendly. Plus, Anvesh and the other guides know their stuff; Anvesh has been guiding in India for over twenty years and was a part of the first commercial decent of the Siang in Northeastern India. In short, I could not recommend a trip with these folks more emphatically!) 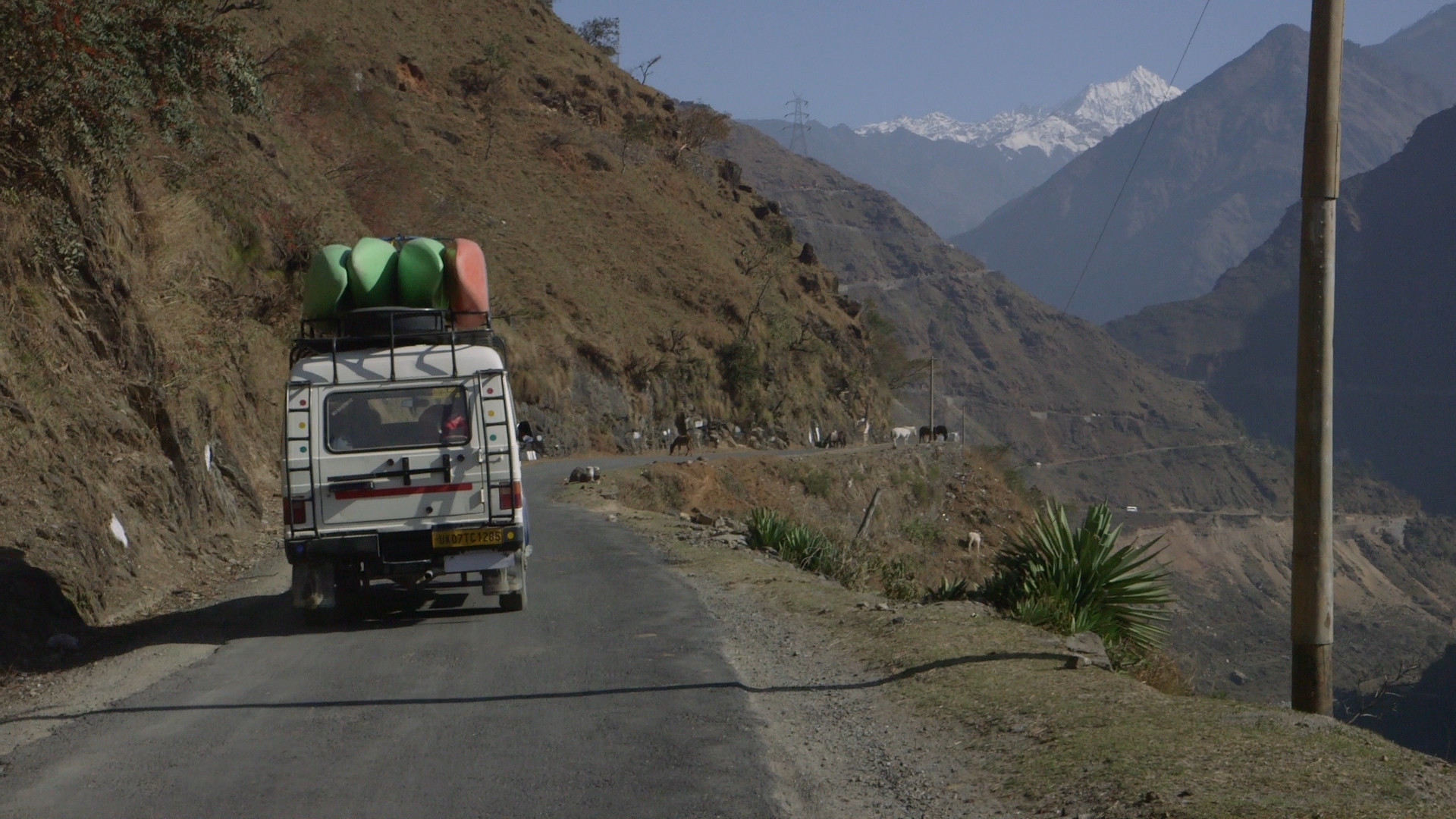 Back to the expedition: The day we met, Anvesh, Pramod and Puran, our cheerful driver and veteran shuttle-runner for many a Himalayan expedition, drove for sixteen winding hours up into the foothills of the Himalaya. Along the way, we encountered distant views of the Nanda Devi massive and endured a two-hour stopover in hilly Pithoragarh, where Anvesh bustled from one lethargic official to another at the regional Forest Office, trying to secure the necessary permits for our trip. According to Anvesh, the paperwork, sent weeks prior, should have been sorted well in advance, and none of the officials wanted to take on the task of sorting us out. Such is the case in an Indian government office after lunch.

After our paperwork was in order, we continued on towards the river and stopped for a quick dinner of day-old chicken and rice at a roadside stall. We hadn’t eaten since breakfast, so I ignored the warning flags popping up in my head and shoveled down a hasty meal.

When we arrived in Darchula, across the river from Nepal on the banks of the Kali, darkness had fallen. As we organized gear for the next day’s mission in our dark dorm-style government rest house, I felt a forebodingly familiar twang of pain in my stomach. I threw down a few preemptive Imodium and Pepto Bismal, tuned into a podcast, and tried to ignore the distant thunder building in my stomach. Not long after, however, with the rest of our team snoring soundly, it was time for my stomach to reject the roadside chicken. The night that followed found me in every travelers’ nightmare, wheeling around the chilly, damp bathroom like a spinning top, as I tried to decide which way best to face the toilet.

All too soon, my alarm rang, and I crawled out of bed wasted from the night’s battle. Still, I hadn’t come all this way to sit out my chance to be among the first paddlers down this remote stretch of whitewater. Plus, the fire hose that was my body had finally slowed and then stopped, so I filled my water bottle with electrolyte salts and readied myself for the day.

The river, which had been roaring loudly even over the sound of my bodily deeds during the night, had slowed to a more collected pace by the time we began our drive upstream to the put in. As it turned out, a recently completed hydroelectric dam on one of the Kali’s tributaries had been releasing, and had since closed its gates in preparation for the next surge of power generation. As the whitewater grew steeper and steeper the further up-canyon we drove, it became apparent that the river would be unnavigable during a release, and we made a mental note to ask someone when the next surge would come.

At the put in, a few kind representatives of India’s border patrol force greeted us with cups of chai and requests for photos of us standing in our kayaking gear. As we had now worked our way up near the Chinese border, and were a river’s width from Nepal, security was tight. After permits were checked and our responses had passed muster, we snapped a few last photos and clambered down to the river. Anticipation was high and smiles wide as we took our first few paddles strokes, realizing months of planning exchanging of emails. 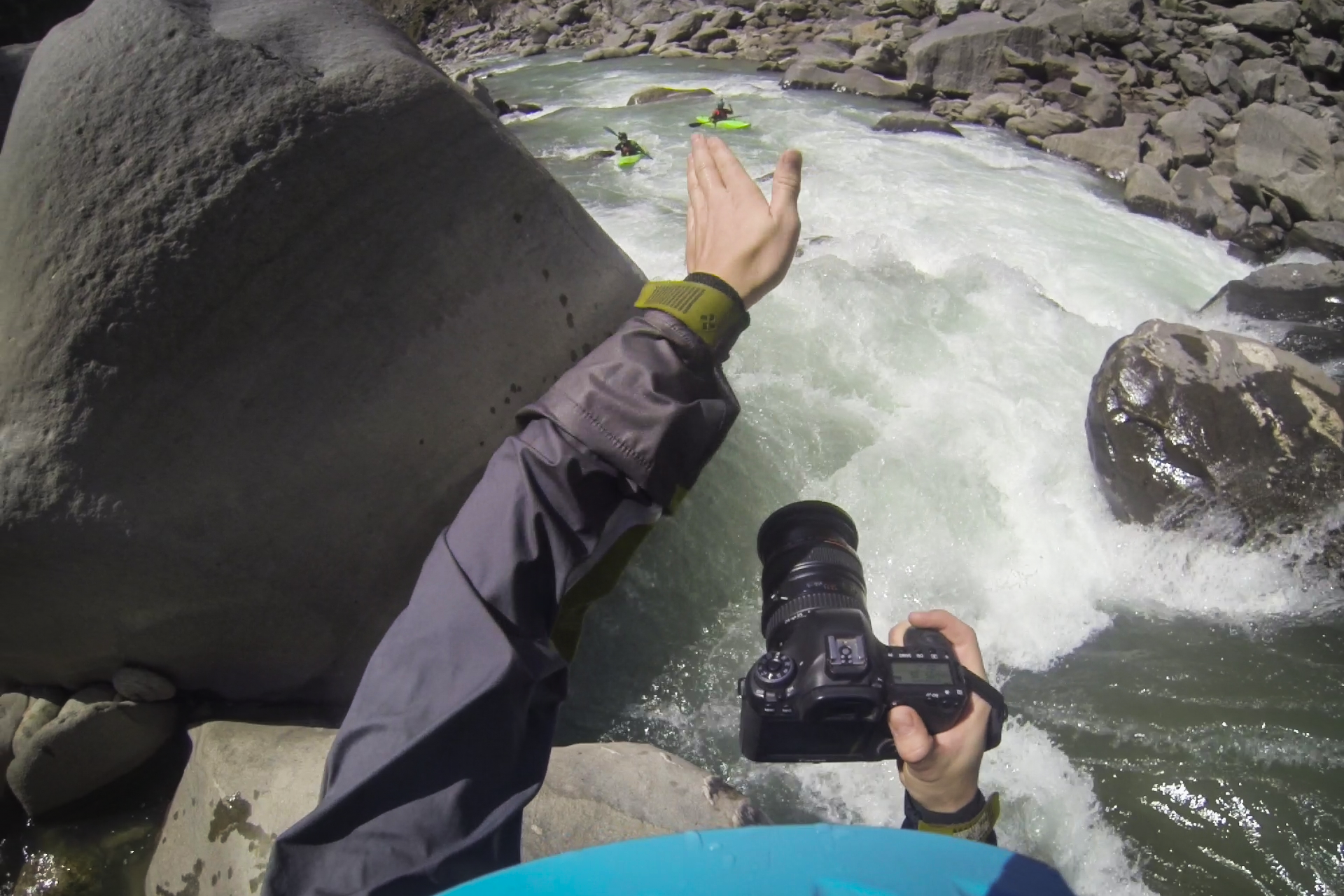 The whitewater was characterized by narrow pour overs and Class IV drops dotted throughout fast, continuous boulder-garden paddling. The water was clear and the sun shown down through the steep canyon walls as we boofed our way down stellar, committing whitewater. However, after a few hours of paddling, including frequent stops and boulder scrambles to film Anvesh and Pramod, my body began to feel the strain of my empty stomach. As I made a particularly strenuous portage around a steep pour over that Anvesh and Pramod ran and styled, I could feel my arms growing weak and my head beginning to swim with dehydration. A few paddle strokes downstream, clinging to eddies and struggling to make easy ferries, I knew my body had been pushed as far as it could go that day. Regretfully, I made the mom-would-be-proud decision to call it quits and make my way out of the gorge and up to the road.

For the rest of the afternoon, Puran and I followed Anvesh and Pramod downriver, stopping to film their progress from the road high above. When we met back up at the take out, both were kind enough to inform me that I had, in fact, paddled the most picturesque section of whitewater, and that the lower reaches had been bonier and filled with man-made debris. That night, we met up with Theo, a local ecologist, friend, and general encyclopedia of wonderful river facts, at the put in for our five-day, self-supported mission down the lower reaches of the Kali. More on that later!