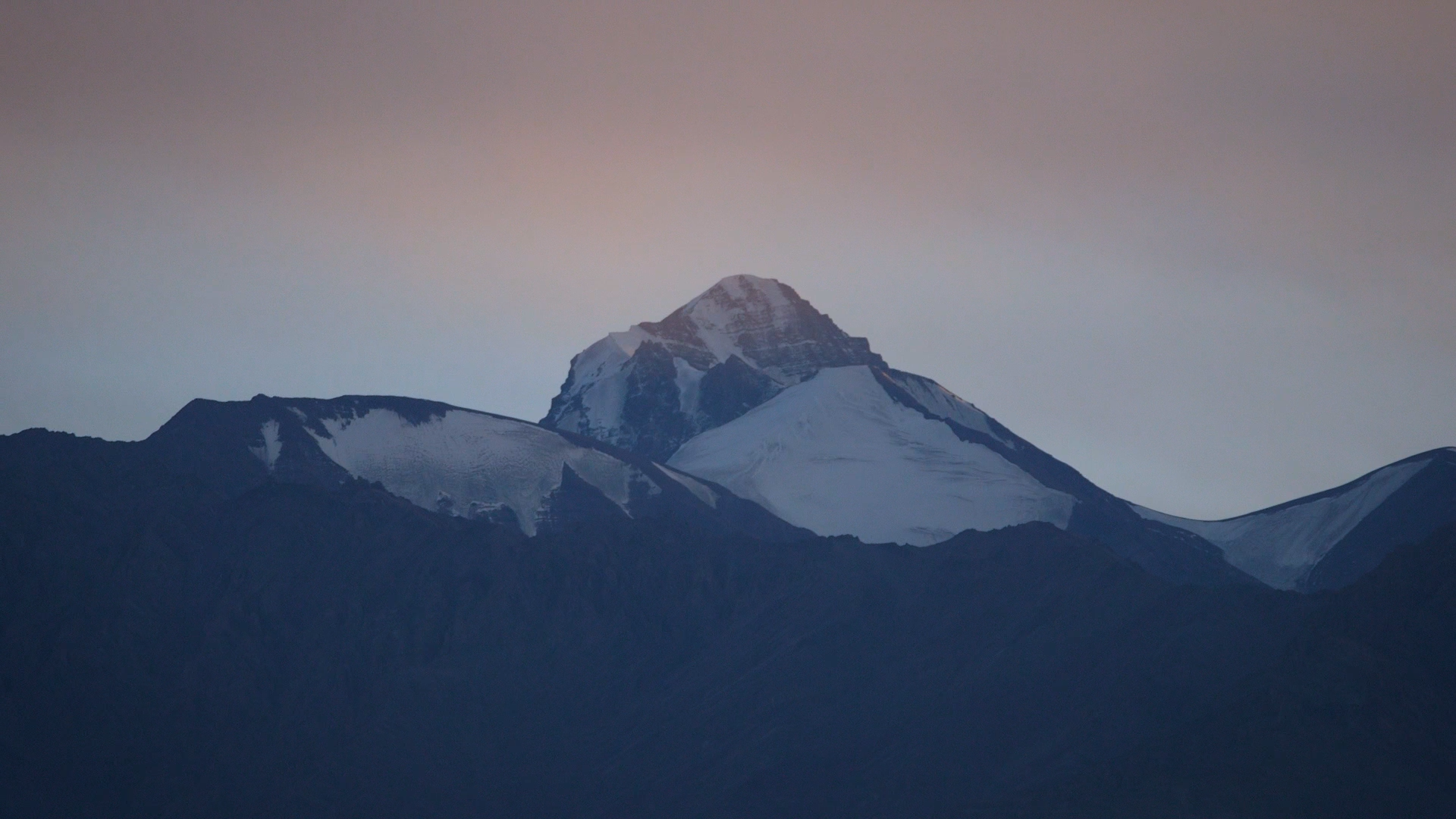 A harsh blast of cold reached me as I exited the airplane. With my down jacket stored away in a checked bag, I shivered in the still December air, my breath clouding the window of the frigid bus that would take me to the airport terminal. Friends and coworkers from Jaipur had gawked when I told them I would be heading to Leh at an elevation of almost 3600 meters, during the shortest and coldest days of the year.

That morning, stepping off the plane in the biting air that sinks to the valley bottom and hangs over the frozen waters of the Indus River, the mercury had settled at -13 Celsius. Over the next two weeks I had the pleasure of staying with the Ice Stupa Team in the village of Phyang. The team was lead by Sonam Wangchuk and his group of volunteers, comprised mainly of recent graduates of the highly regarded SECMOL School. A few years ago, in the face of decreasing spring and summer glacial stream flows, Mr. Wangchuk developed a revolutionary idea of freezing water in the form of a massive pyramid-shaped “stupa.” Artificial glaciers had been built by locals for generations by diverting stream water to small, shaded dams during the winter for use in the summer as melt water. Mr. Wangchuk’s idea, however, allowed the ice to remain longer into the summer season, thus delivering irrigation melt water for a longer period of time and bringing international attention to the project as well as to Ladakh’s burgeoning water woes. 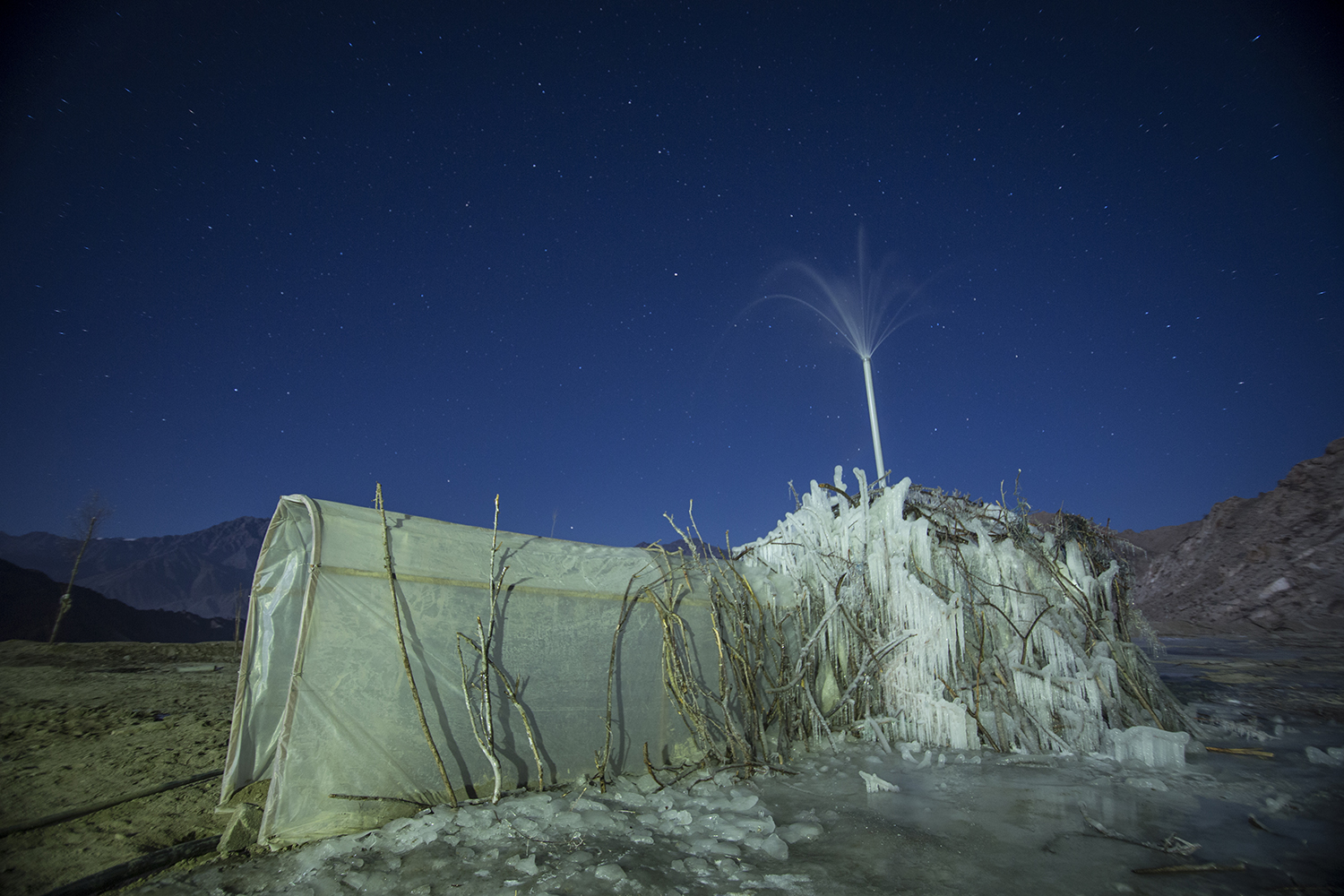 I was in the dry, mountainous region to feature the work of the Ice Stupa team in my documentary about Ladakh’s receding glaciers and subsequent stress to its fragile water supply. Nearly 90% of the water vital for irrigating the region’s short, summer growing season comes from snow and glacier runoff. In the face of the changing climate, the glaciers were receding at an alarming rate, while rain and snowfall patterns were becoming increasingly erratic. To make their Ice Stupa, the team had diverted water from a glacial stream up-valley and would spray the icy water onto the structure each night to freeze. Night by night, the ice accumulated and the “stupa” began to take shape.

During my time in Phyang, the team was waging war against freezing pipes that would choke the water’s flow when the sun went down and the temperature plummeted each evening. Every day, and many nights as well, I accompanied the team as they insulated piping and searched for blockages. We slept sprawled across the floor of the cozy, solar-powered building that served as the team headquarters and ate our meals laughing at conversation in Hindi, Ladakhi and, when my companions obliged, English. After I had acclimatized to the altitude, I accompanied the team to a high elevation stupa they were experimenting with, near the village of Muru Dok, which sat in the cradle of high mountain crags at an elevation of 4,300 meters. My lungs burst as I scrambled over the steep trails, chasing members of the Ice Stupa team who trotted along the rocky path with 20kg pipes balanced across their backs. Once we arrived at the stupa, the team set about hacking away at ice, which had formed around the head of the structure during the frigid week previous. 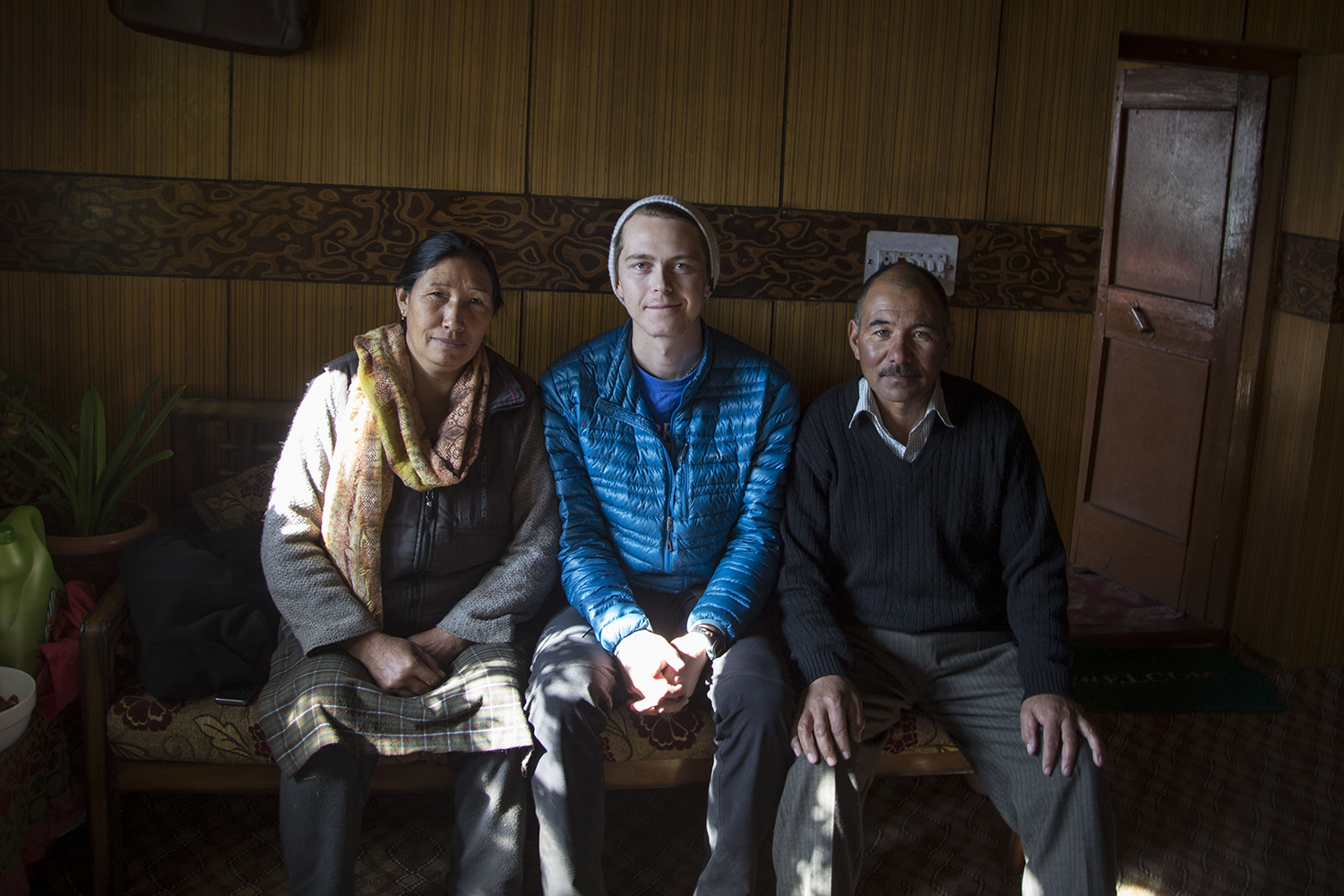 I spent the afternoon filming the team’s work and taking in the imposing views of Stok Kangri, a 6,000-meter peak framed by the glacial valley we worked in. The next day, I returned to the village of Muru Dok to learn more about the traditional agricultural methods that allowed a village to sustain itself in such an inhospitable environment. I teamed with Stanzin, another local graduate of the SECMOL School, who showed me around her village and acted as my translator as we spoke with her neighbors and friends about irrigation methods, local life, and their knowledge regarding the shrinking size of the glacier that fed water to their fields. After our discussions, we met with Stanzin’s mother, Tsewang, and warmed our hands on cups of piping hot butter tea. That afternoon, Tsewang toured me around her house, plied me with dried apricots and roots until my pockets were bursting, and taught me how to make Tsampa, a tasty dough and Ladakhi favorite made from barley flour, sugar and a healthy amount of Yak ghee. 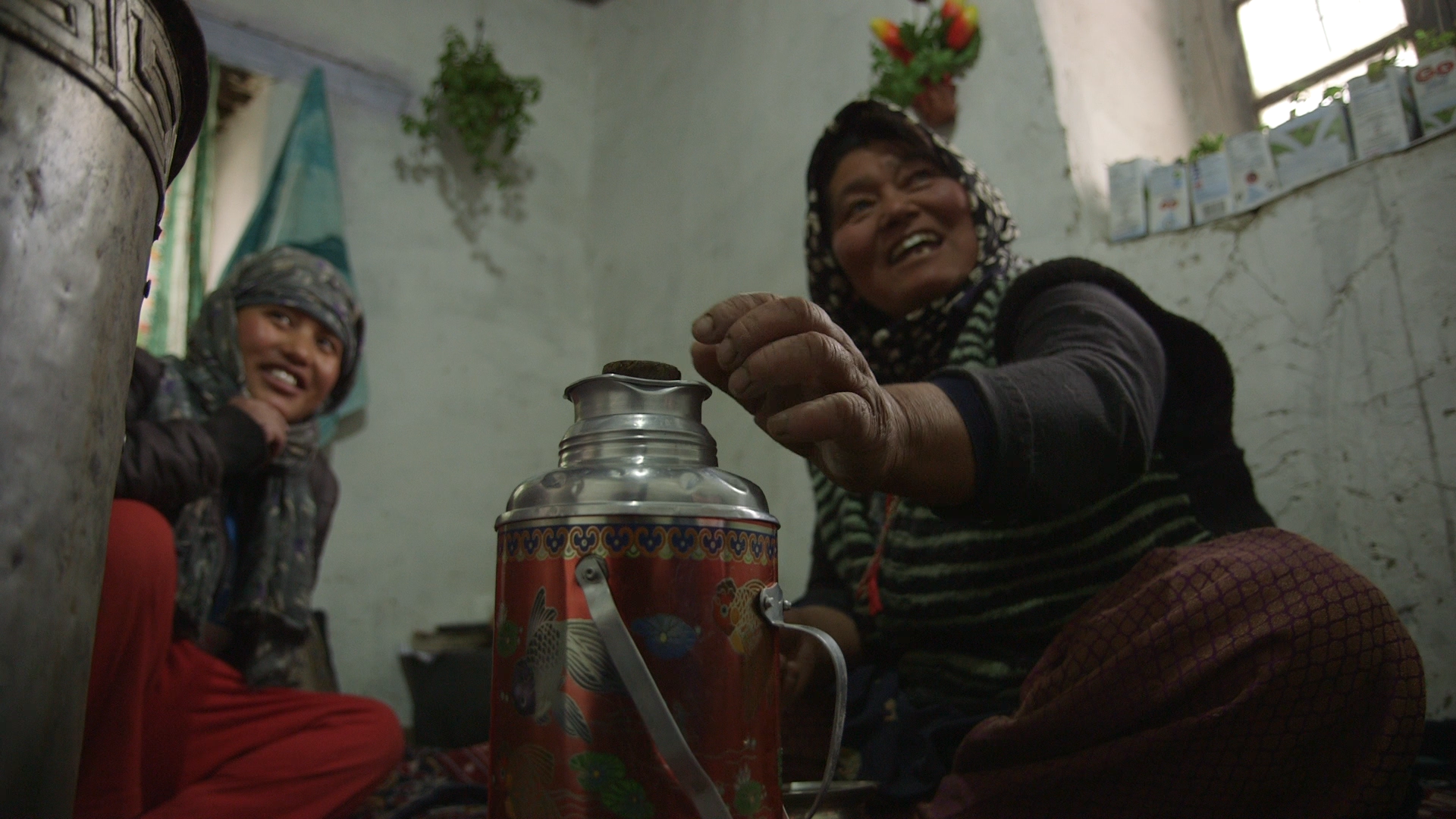 That evening, after promising to return for a visit as soon as I made it back to Ladakh in the upcoming summer, I began the long walk back to the Ice Stupa headquarters.